Run on debut for Samusamuvodre in Round 7 team line-up vs the NSW Waratahs. 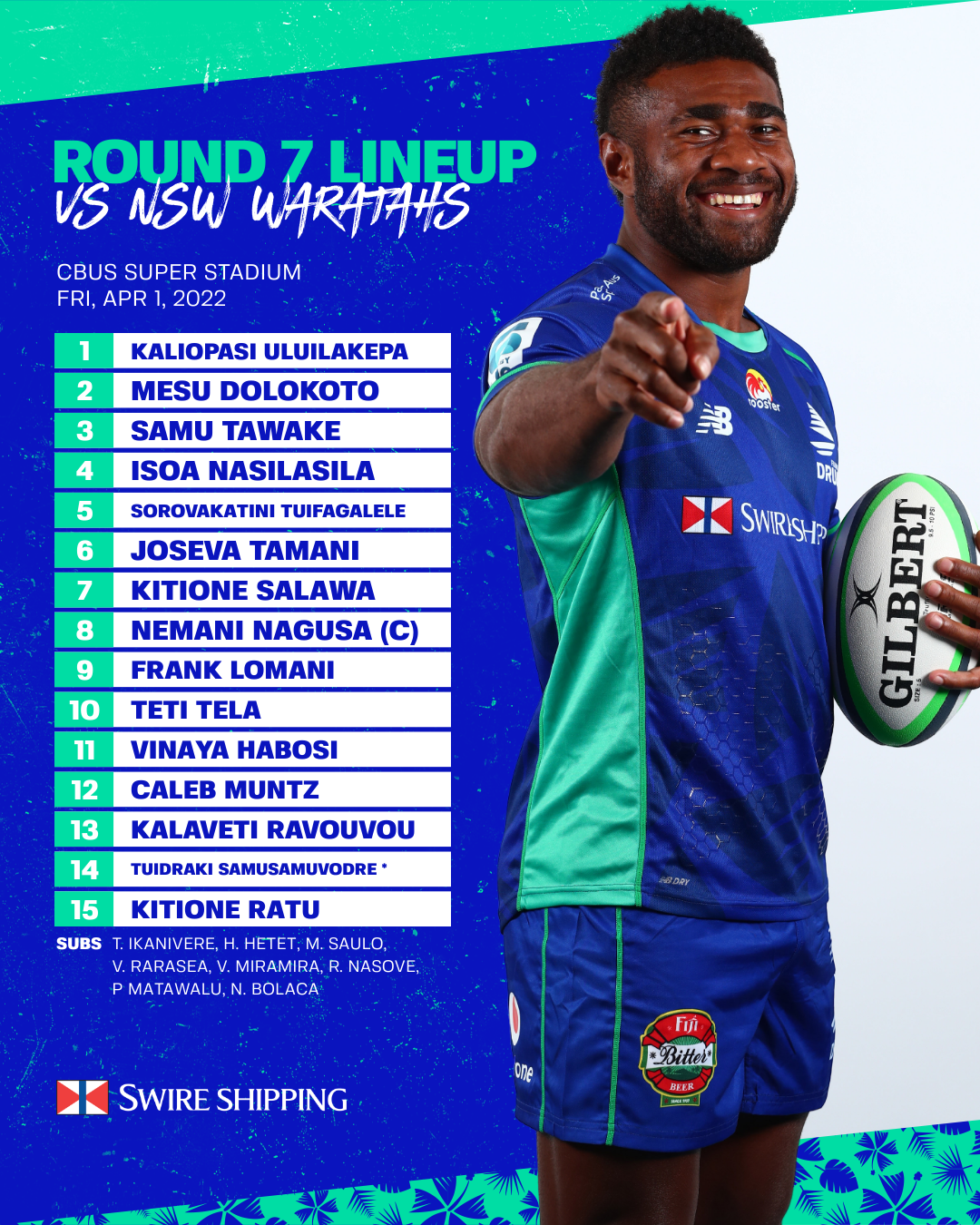 Frank Lomani (9) starts at scrumhalf, partnering flyhalf Teti Tela (10) who is on 47 points for this season, making him the second highest points scorer in the competition after 6 rounds.

The centres combination has been changed for this match, with Caleb Muntz (12) starting at inside centre and last week’s try scorer Kalaveti Ravouvou (13) shifting one out to outside centre. Vinaya Habosi (11) starts his seventh consecutive match at left wing, while it’s a run-on debut for Tuidraki Samusamuvodre (14) on the right wing. Kitione Ratu (15) retains his fullback role.

Byrne called on fans and supporters to rally behind the team this week: “We are excited to welcome our Southeast Queensland Fijian community to the CBus stadium on Friday night. We are looking forward to a tough game against the Waratahs."

After last week, we have prepared well and will bring our physicality to this week’s contest from the kick off. Toso Drua!

The match kicks off at 6.45pm (local time) on the Gold Coast. Tickets for the match are available here.

Round 7 vs NSW Waratahs