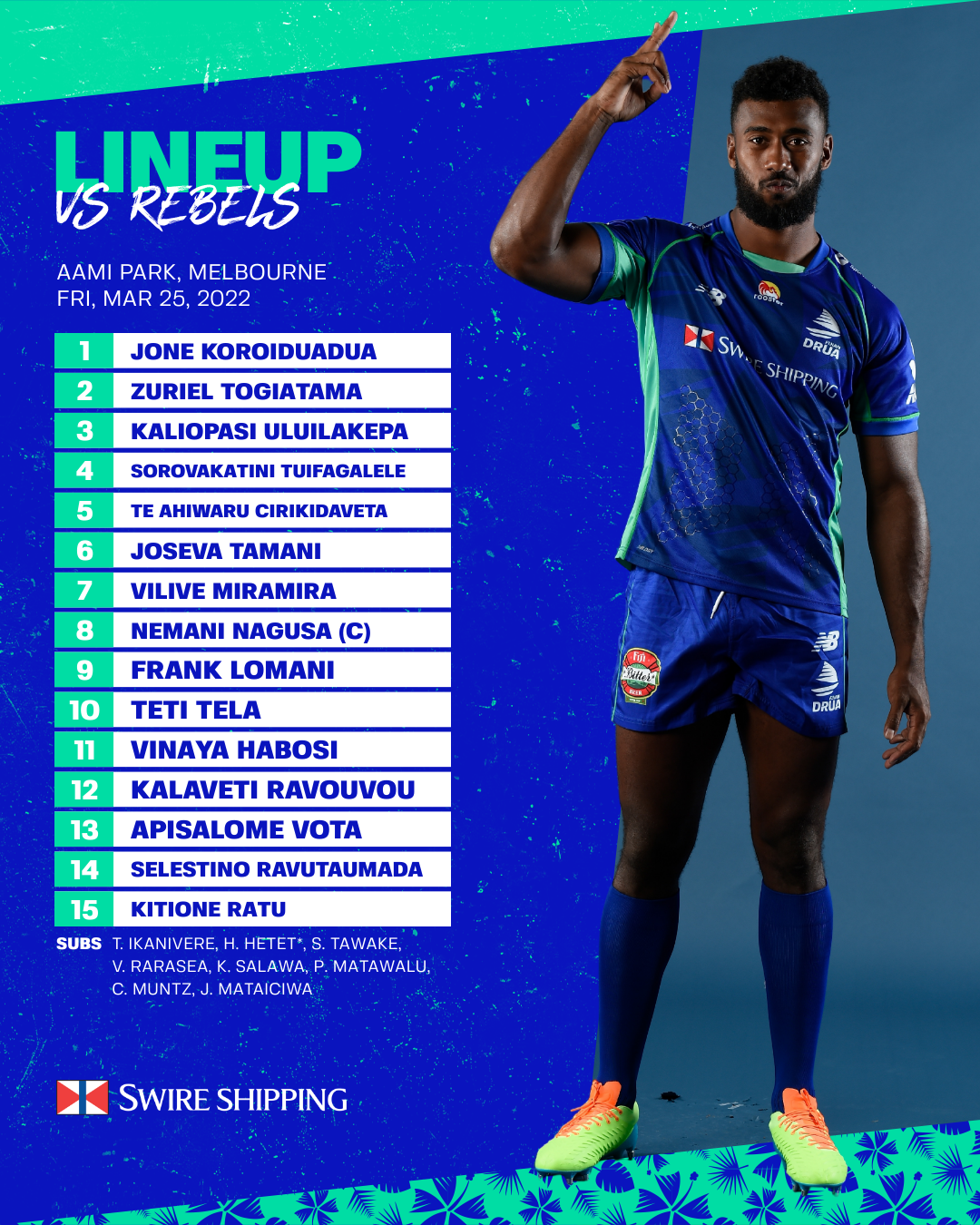 Swire Shipping Fijian Drua Head Coach Mick Byrne has announced his line-up for Friday’s Round 6 away match vs the Melbourne Rebels at AAMI Stadium.

Jone Koroiduadua (1) starts at loosehead prop with Kaliopasi Uluilakepa (3) switching to tighthead prop for this match, while it’s a first appearance in the starting 15 for Zuriel Togiatama (2) at hooker.

Frank Lomani (9) starts again at scrumhalf, partnering Teti Tela (10) who is at flyhalf and on 35 points for this season.

The starting centres combination of Kalaveti Ravouvou (12) and Apisalome Vota (13) continues for a sixth consecutive time. Vinaya Habosi (11) and Selestino Ravutaumada (14) start on the left and right wings respectively, while it’s a return to the starting 15 for fullback Kitione Ratu (15).

We’re getting more belief in what we’re doing and realising that when we play well, we’re in this competition.

He continued: "Words like belief are living words – you get it by living it – and our belief is getting stronger every week so we’re delivering better. This match is another big challenge test for us against the Rebels who have four returning Wallabies and we’re looking forward to it.“ The match kicks off at 7.45pm (local time) at AAMI Park in Melbourne. Tickets for the match are available here.