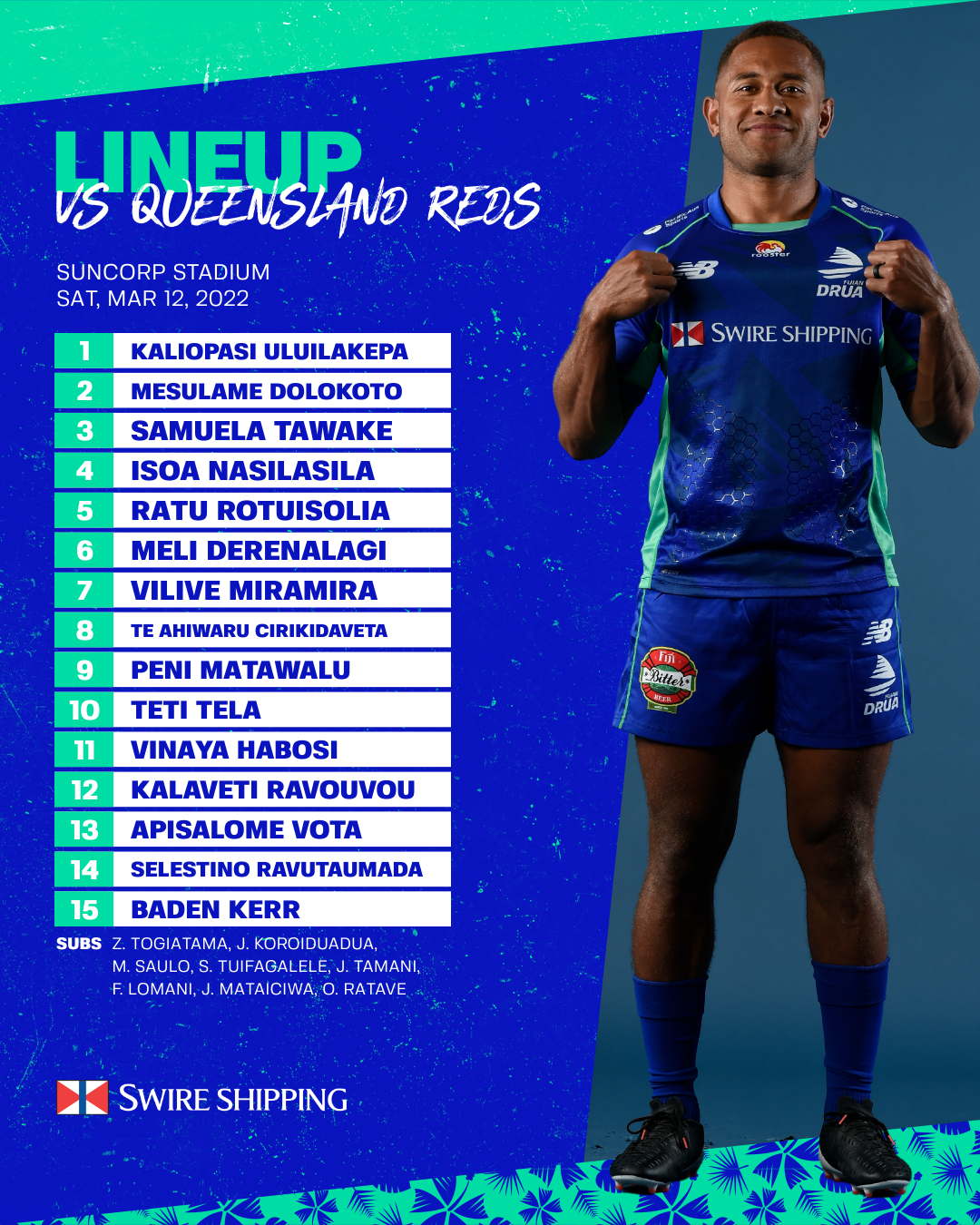 Swire Shipping Fijian Drua Head Coach Mick Byrne has named his 23-member line-up for this weekend’s Round 4 clash against the Reds. Flanker Meli Derenalagi captains the side again this week in the continued absence of Nemani Nagusa, while the matchday 23 also features three potential Drua debutants.

Peni Matawalu (9) is at halfback, while it’s a first start this season for Teti Tela (10), fresh from his 14 points in Round 3.

Byrne has retained his centre pairing of Kalaveti Ravouvou (12) and Apisalome Vota (13), who was voted Man of the Match last week. Vinaya Habosi (11) dons the left wing jumper for the fourth week straight, while Selestino Ravutaumada (14) is on the right wing and Baden Kerr (15) is at fullback.

Three potential debutants are among the replacements this week. Zuriel Togiatama (16) makes his first appearance on the bench, alongside other front row reserves in Jone Koroiduadua (17) and Manasa Saulo (18). Sorovakatini Tuifagalele (19) also makes the matchday 23 for the first time this season, while Joseva Tamani returns in jersey 20. It’s also a welcome return to Super Rugby Pacific for Flying Fijians halfback Frank Lomani (21) who earns a place on the bench. Utility backs Jona Mataiciwa (22) and Onisi Ratave (23) complete the matchday 23.

We are looking forward to a great challenge against last year’s Australian champions the Reds. We have had a good week preparing ourselves for what we expect to be another physical game.

The Drua take on the Reds this Saturday (12 March) at Suncorp Stadium in Brisbane. The match kicks off at 6.45pm (local time).