Meli Derenalagi to captain the Drua in Round 3 clash against the Melbourne Rebels. 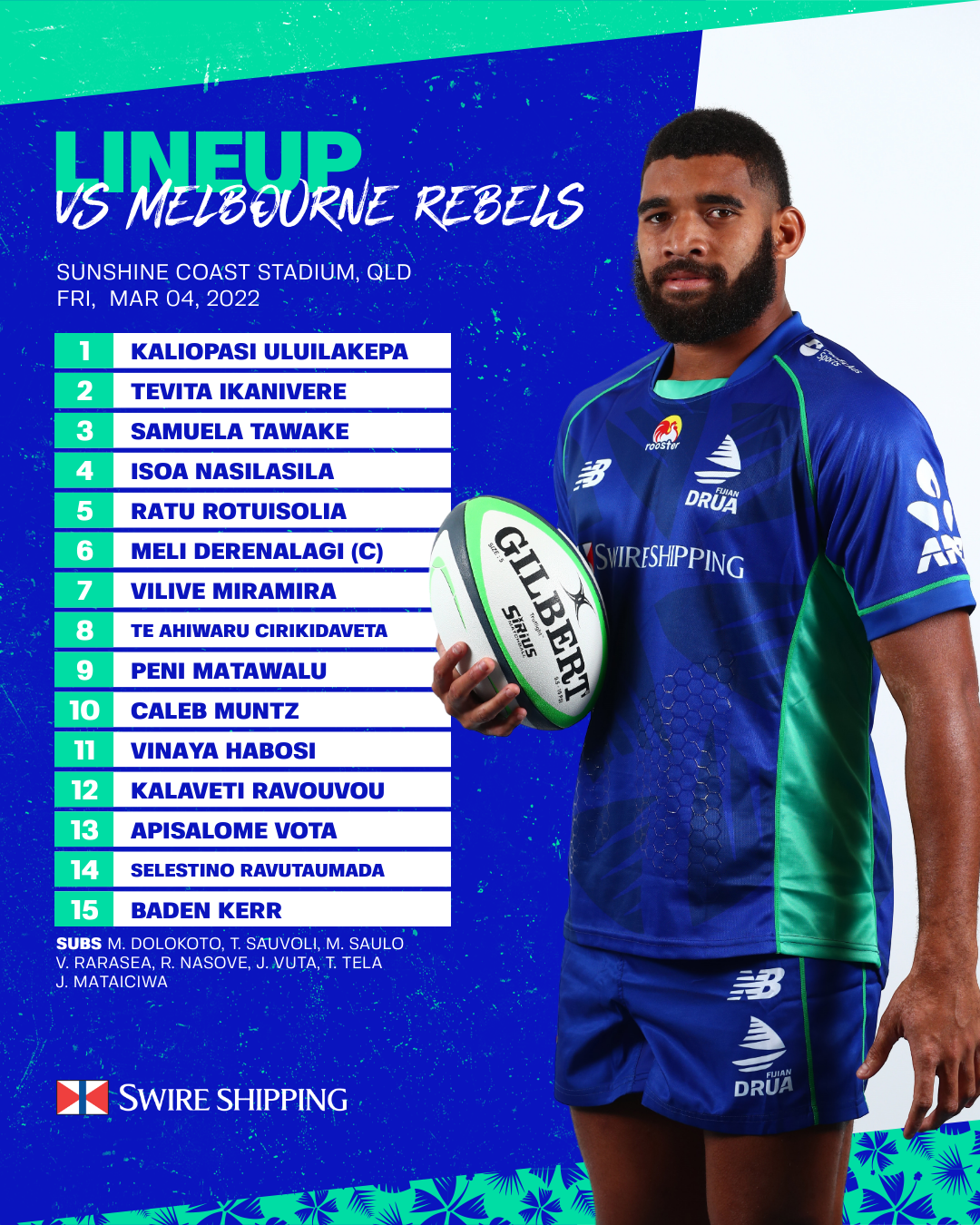 Swire Shipping Fijian Drua Head Coach Mick Byrne has named his 23-member line-up for this weekend’s Round 3 clash against the Rebels. Flanker Meli Derenalagi has been handed the Captain’s responsibilities in the absence of Nemani Nagusa. The team list also has four potential debutants on the bench, among a number of changes due to injury.

Peni Matawalu (9) gets his first start of the season at halfback, partnering Caleb Muntz (10) who is at flyhalf. Vinaya Habosi (11) retains his left wing role, while Selestino Ravutaumada (14) returns to the starting 15 at right wing. The centre pairing of Kalaveti Ravouvou (12) and Apisalome Vota (13) remains, while Baden Kerr (15) dons the fullback jersey once again this week.

The reserve front row are Mesulame Dolokoto (16), Timoci Sauvoli (17) and Manasa Saulo (18). Viliame Rarasea (19) is reserve lock, while potential debuts await for the remaining four players. Rusiate Nasove (20) makes his first appearance in the matchday squad, alongside Joshua Vuta (21), Teti Tela (22), and Jona Mataiciwa (23). Vuta and Mataiciwa were brought in the Swire Shipping Fijian Drua camp as backline cover, while it’s a long-awaited return for Teti Tela, who is only the second player in the squad presently with Super Rugby experience.

The match kicks-off at 6.45pm at Sunshine Coast Stadium. Tickets are $20 for adults, while kids under 16 have free entry (with a paying adult).