Swire Shipping Fijian Drua Head Coach Mick Byrne has announced his line-up for big clash against the Crusaders in Christchurch this Friday. 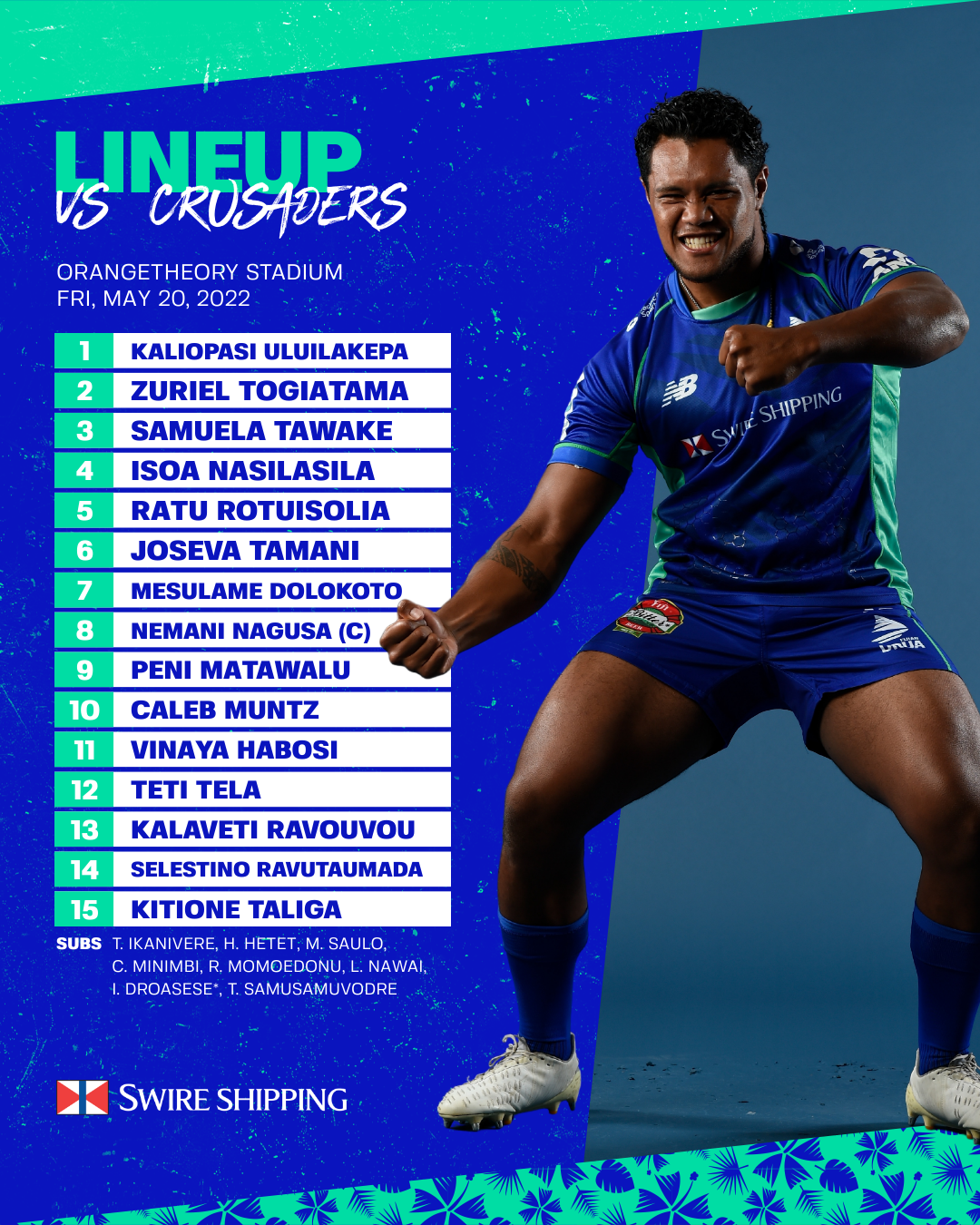 Swire Shipping Fijian Drua Head Coach Mick Byrne has announced his line-up for big clash against the Crusaders in Christchurch this Friday. Missing from the line-up will be recent team captain Meli Derenalagi and prop Meli Tuni, both of whom will undergo immediate surgery for ACL injury. The injuries and required rehabilitation mean both players are out for the reminder of the season, in a significant setback for the Drua.

This was a difficult decision to make, however, it has been taken with health of our players first and their longevity as athletes.

He continued: "It’s also in the interest of the Drua to ensure the players (Derenalagi and Tuni) undergo surgery immediately, as this gives them the best chance of being available for the start of next season. Any delays now will eat into their preparations for the opening rounds of Super Rugby Pacific 2023.”

Also out of the matchday 23 this week is Te Ahiwaru Cirikidaveta, who is recovering from a head knock sustained last weekend.

In the penultimate match of their inaugural season, the Swire Shipping Fijian Drua squad to face includes notable returnees and a potential Drua debut off the bench.

In the front row, Kaliopasi Uluilakepa (1) and Samuela Tawake (3) returns to the starting line-up as loosehead and tighthead props respectively, while Zuriel Togiatama (2) retains his role as hooker. Isoa Nasilasila (4) is joined in the second row this week by the returning Ratu Rotuisolia (5). In the loose forwards, Joseva Tamani (6) starts at blindside flanker, Mesulame Dolokoto retains the openside flanker role, and season captain Nemani Nagusa (8) returning at the back of the scrum.

The halves pairing for this week are Peni Matawalu (9) and Caleb Muntz (10). Teti Tela (12) shifts to inside centre this week, with the in-form Kalaveti Ravouvou (13) moving

Providing impact of the bench for the front row are Tevita Ikanivere (16), Haereiti Hetet (17) and Manasa Saulo (18) with Chris Minimbi (19) and Raikabula Momoedonu (20) covering the second and backrow. The substitute halfback is Leone Nawai (21), while it’s a potential Swire Shipping Fijian Drua debut and a return to Super Rugby Pacific for former Reds winger Ilaisa Droasese (22). Tuidraki Samusamuvodre (23) rounds out the matchday 23 as utility cover.

Byrne stated: “It’s really exciting to face the Crusaders in Christchurch. Another great challenge for the players in their first season; challenges don’t come much bigger than this and it’s going to be a great experience for us all!”