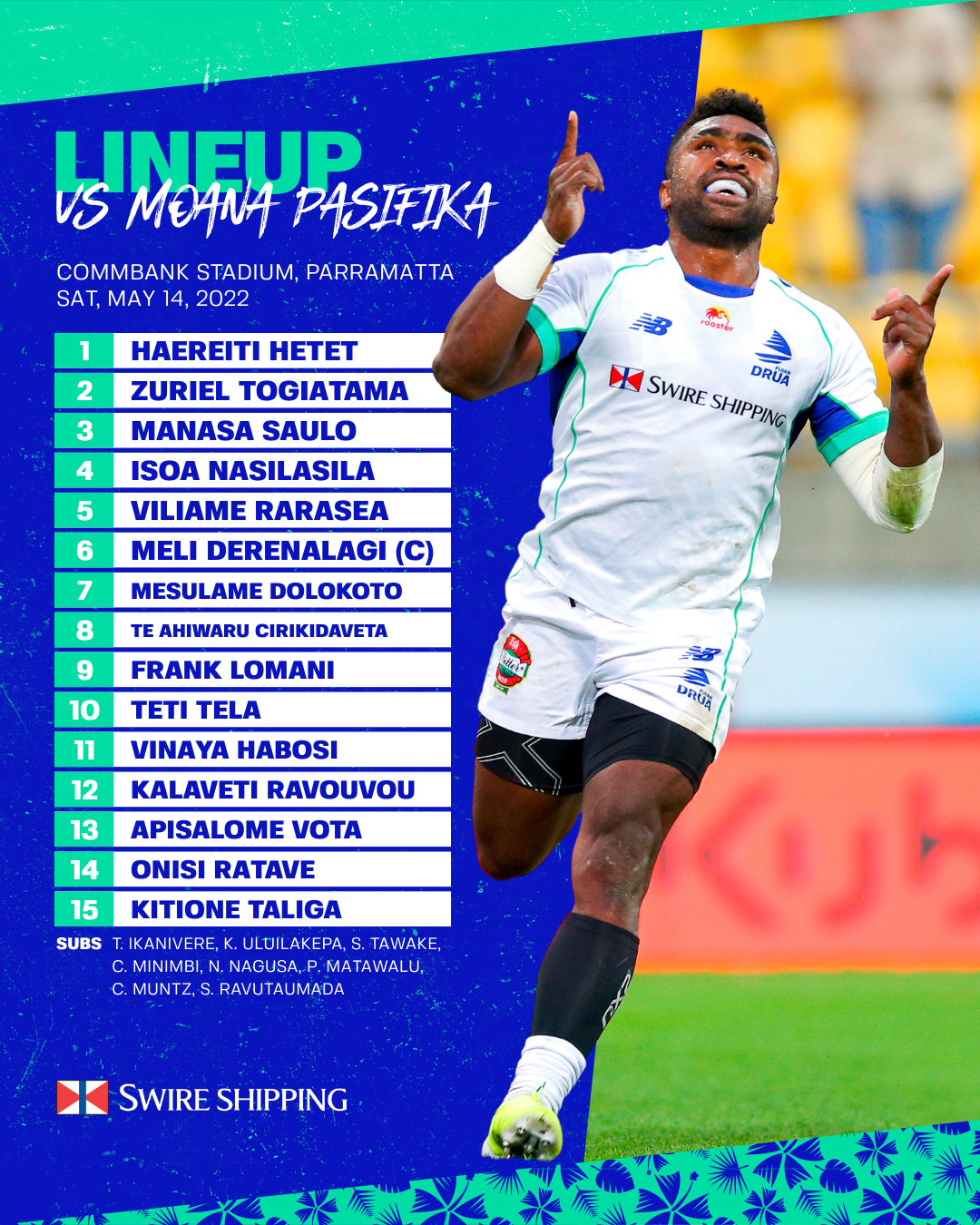 This is what it’s all about!

He continued: "The two teams who have turned the competition from Super Rugby to Super Rugby Pacific go on show against each other and our boys are really excited about the opportunity. No doubt Moana are excited as well.”

A few notable names have made their way back into the matchday 23 this week for the clash, include season captain Nemani Nagusa who will add impact off the bench.

In the front row, Haereiti Hetet (1) and Zuriel Togiatama (2) retain their spots at looshead prop and hooker, with veteran Manasa Saulo (3) starting at tighthead prop. Isoa Nasilasila (4) and Viliame Rarasea (5) make up the second row. Captain Meli Derenalagi (6) is at blindside flanker, while Mesulame Dolokoto (7) starts the match at openside flanker. Te Ahiwaru Cirikidaveta (8) retains his spot at the back of the scrum.

The halves combination of Frank Lomani (9) and Teti Tela (10) return for this match, as does the powerful midfield combination of Kalaveti Ravouvou (12) at inside centre and Apisalome Vota (13) outside him. Vinaya Habosi (11) returns to the left wing as Onisi Ratave (14) starts the match on the right wing. Kitione Taliga (15) retains his fullback position.

Impact of the bench for the front row will be in the form of Tevita Ikanivere (16), Uluilakepa (17) and Samuela Tawake (18). Chris Minimbi (19) provides cover for the lock, with returning season captain Nemani Nagusa (20) covering for the loose forwards. Peni Matawalu (21), Caleb Muntz (22) and Selestino Ravutaumada (23) make up the backline reserves for the match.

Byrne added: “They (Drua and Moana players) are mates but they get a bit of respect by how they hit each other as mates, so we are in for a pretty bruising and exciting affair.”