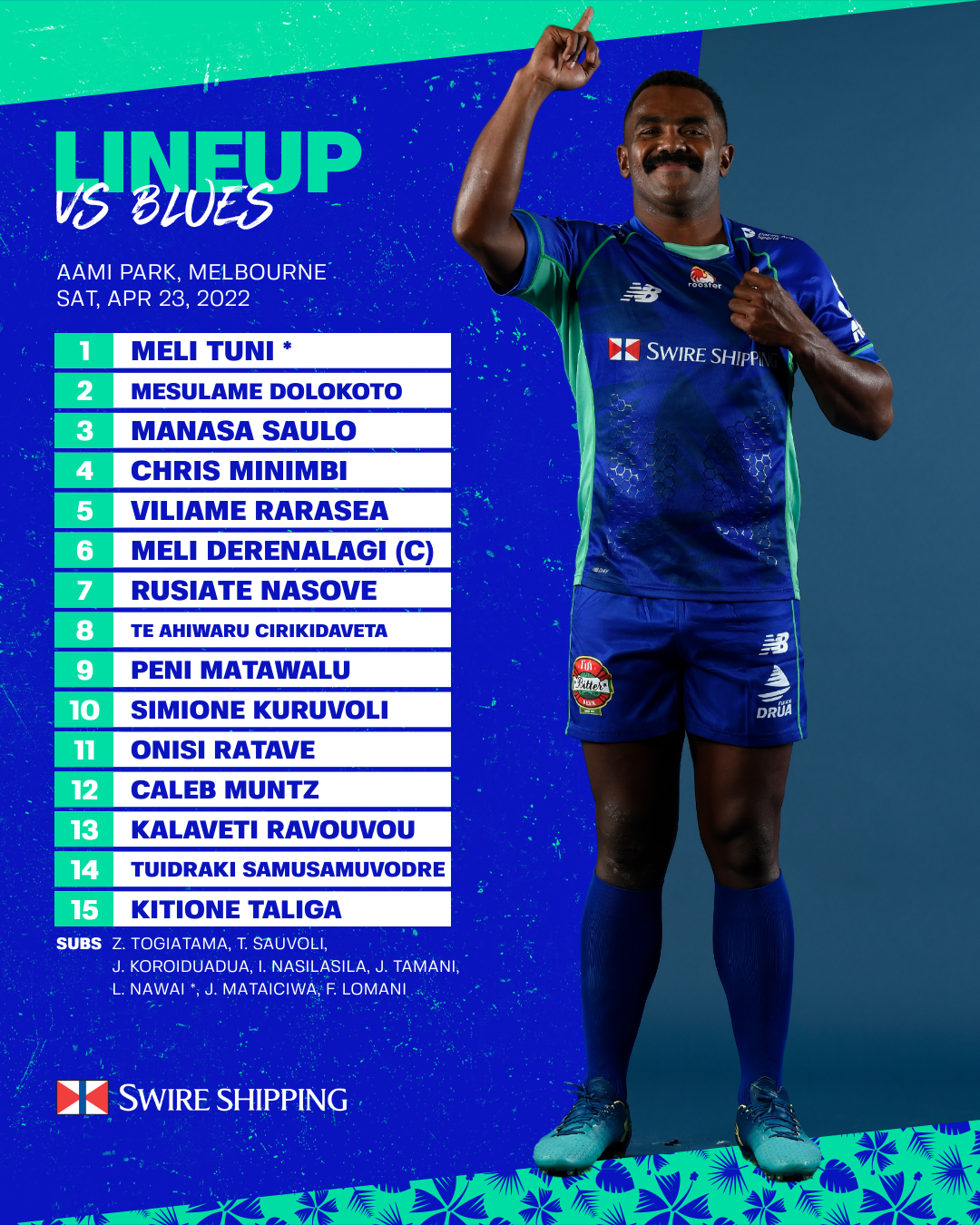 Swire Shipping Fijian Drua Head Coach Mick Byrne has announced the line-up to take on Super Rugby Pacific competition table leaders the Blues in the Super Round in Melbourne. Meli Derenalagi will again captain the side which as a run-on debutant as well as a potential debut from the bench. There are also a number of exciting positional changes as the Drua look to bring their renowned Fijian flair to Melbourne for what’s shaping up to be an exhilarating weekend of rugby.

Naitasiri lock Chris Minimbi (4) will get to make his first start in the run-on side as well, partnering Viliame Rarasea (5). Captain Meli Derenalagi (6) moves to the side of the scrum as blindside flanker, with Rusiate Nasove (7) starting as openside flanker and the returning Te Ahiwaru Cirikidaveta (8) taking over the number 8 loose forward position.

Peni Matawalu (9) is the halfback this week, partnering the exciting Simione Kuruvoli (10) who starts the match at flyhalf.

Caleb Muntz (12) starts at inside centre this week, with Kalaveti Ravouvou (13) at outside centre.

Onisi Ratave (11) will be looking to add to his four tries in the competition so far from the left wing position, with Tuidraki Samusamuvodre (14) manning the right wing and the hot stepping Kitione Taliga (15) getting his first start for the season at fullback.

Backing up from the bench will be Zuriel Togiatama (16), Timoci Sauvoli (17), Jone Koroiduadua (18), Isoa Nasilasila (19) and Joseva Tamani (20). Suva halfback Leone Nawai (21) is a potential debut as he takes his place on the bench, alongside utility backs Jona Mataiciwa (22) and Frank Lomani (23).

Another great opportunity to experience Super rugby. Taking on last year’s champions and this season’s pacesetters is really exciting for everyone.

He continued: "The players are looking forward to another physical clash and are up for the challenge. It’s an exciting time for Super Rugby Pacific with the Super round in Melbourne.”

Tickets for the match are available here!