ROUND 8 FAN PLAYER OF THE MATCH MELI DERENALAGI

Meli Derenalagi is your fiji village fan player of the match for Round 8. 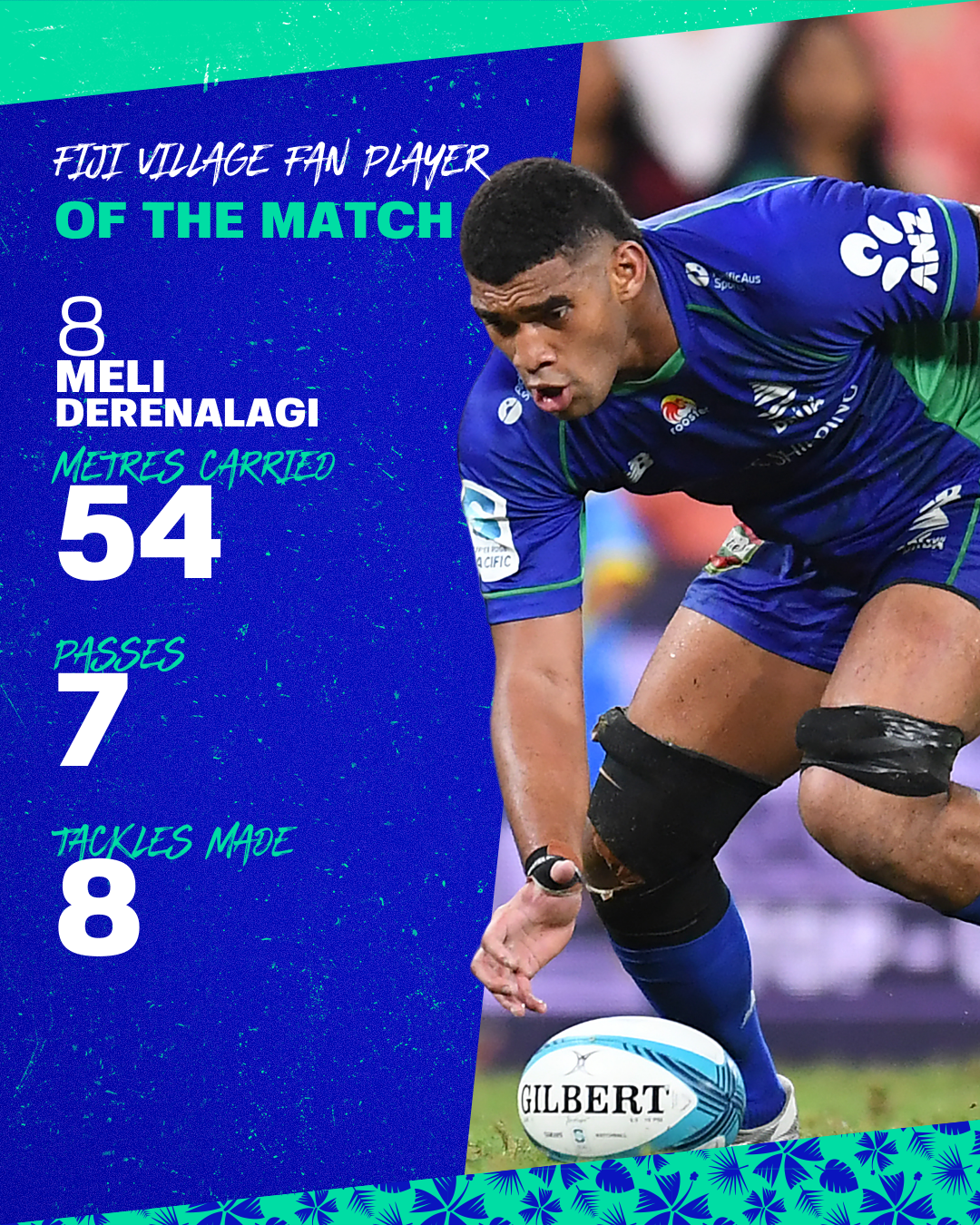 Meli Derenalagi is your fiji village fan player of the match for Round 8. The captain had a powerful performance against the Brumbies at Suncorp Stadium. Despite the loss, the Swire Shipping Fijian Drua gave a good account of themselves, showcasing their continued improvement in this competition. Nowhere else was that fighting Drua spirit more evident than in the performance the Derenalagi.

Dume, as he’s known to his family and friends, made a number of telling runs and massive metres in the match. In his post-match interview, he thanked fans for their faith in the young Drua side and said they took the positives from the match against a strong and experienced Brumbies lineup.

Vinaka Dume and thank you, Drua vuvale for your votes.