The Fijian Drua are inviting kids and families to paint the Cbus Super Stadium blue for the Friday night double header on the Gold Coast. 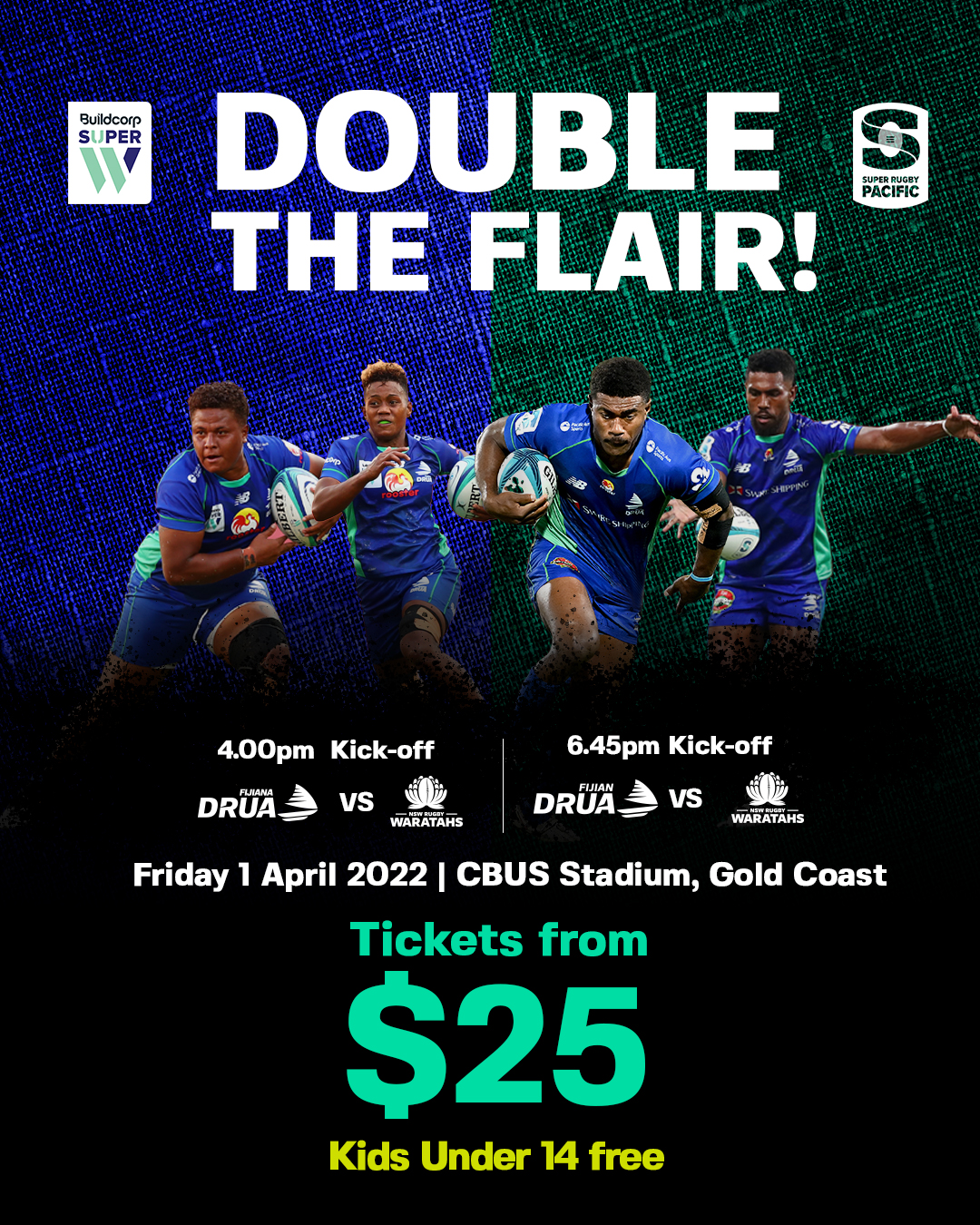 The Fijian Drua are inviting kids and families to paint the Cbus Super Stadium blue for the Friday night double header on the Gold Coast. Kids under 14 get free entry with a paying adult to the crucial match for both the Rooster Chicken Fijiana Drua (Super W) and the Swire Shipping Fijian Drua (Super Rugby Pacific) vs the NSW Waratahs Women and Men. Tickets start from $25, and up to nine kids under 14 can enter free with a paying adult!

First up, it’s a top of the table clash in the Super W competition between the two undefeated teams who are on 15 points. The Rooster Chicken Fijiana Drua have dominated all their matches but now face the Wallaroos-laden NSW Waratahs Women. The Fijiana Drua will look to again wow fans with their high tempo, relentless speed and offloading, while the NSW Waratahs women have class, flair and skill of their own. It’s a case of the unstoppable force meeting the immovable object at Cbus Super Stadium, with the match kicking off at 4.00pm (local).

Then at 6.45pm, it’s Captain Nemani Nagusa and the Swire Shipping Fijian Drua men taking on NSW Waratahs in Round 7 of Super Rugby Pacific. It’s a return match between the two teams, but it’s a different Drua waiting for the Waratahs this time around on the Gold Coast. Despite being in 10th place on the ladder, the Drua have played some of the most exciting rugby this season and scored a number of spectacular tries. Winger Vinaya Habosi has beaten the most defenders this season after six rounds (28), with Drua centres Kalaveti Ravouvou and Apisalome Vota also featuring the top 5 of in ‘defenders beaten’ statistics. Flyhalf Teti Tela is on 47 points for the season - second highest in the competition - could well become the first Fijian Drua player in history to reach the milestone 50 points on Friday! After falling short in their last three matches, the Drua are raring to go!

It's double the flair and double the fun at the Cbus Super Stadium on the Gold Coast. Enjoy the sounds and colours of Fiji on and off the field! Tickets are available here!